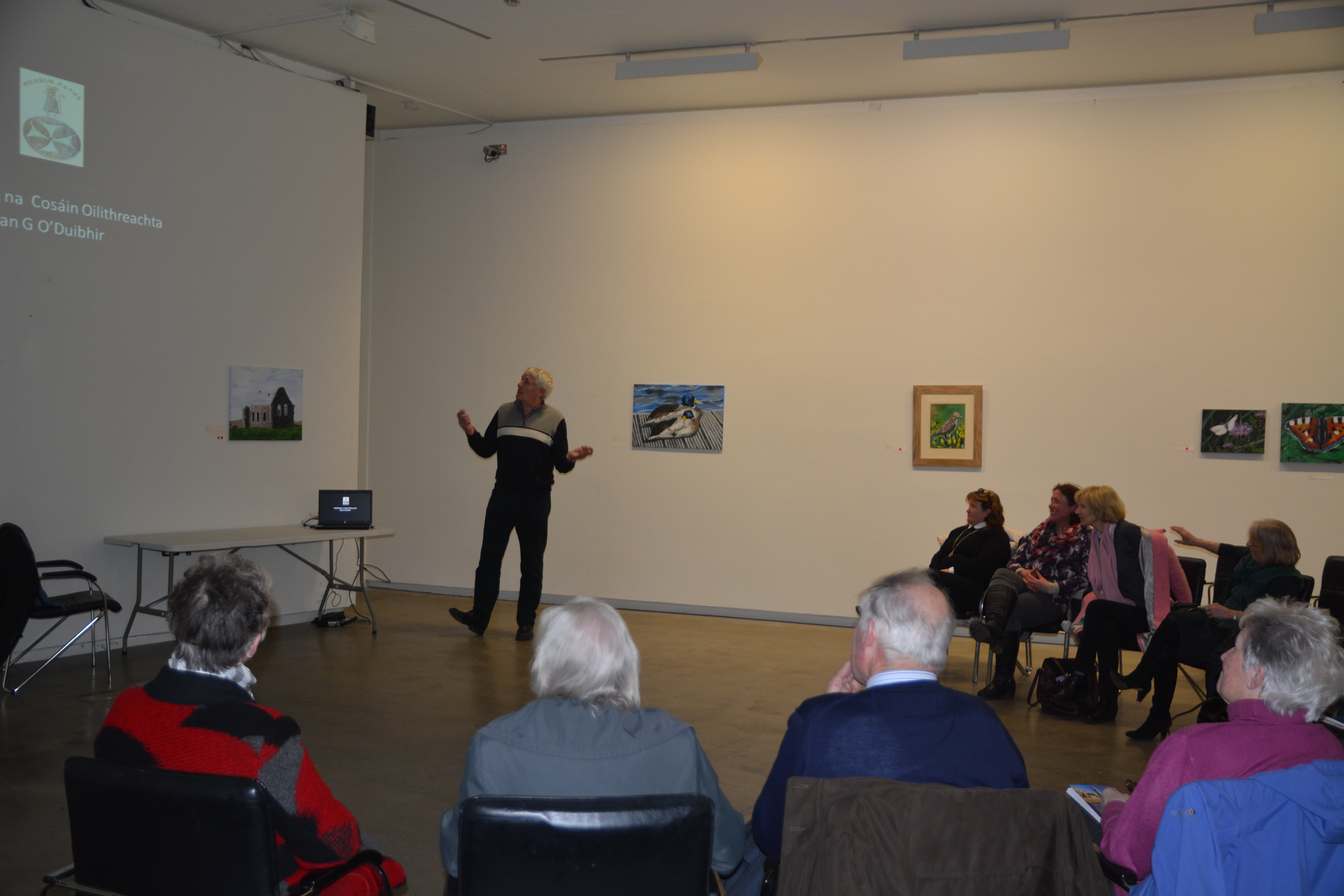 We enjoyed a wonderfully informative bi-lingual talk on the Irish Pilgrim Paths with John G. O’Dwyer on Tuesday evening last.

The author of many walking books including ‘Pilgrim paths of Ireland’ John has a wealth of knowledge about hiking and our ancient pilgrimage routes as well.

Pilgrimage has been defined as “a meaningful journey to a place of spiritual significance” and the practice is almost as old as history. In Ireland the pilgrim journey has strong historic resonance with early Christians coming to Clonmacnoise; medieval penitents journeying to Lough Derg and Glendalough, while others sought spirituality by visiting Skellig Michael or  climbing Croagh Patrick.

Despite this long pilgrim tradition there was, until relatively recently, little footfall on Ireland’s penitential trails with the country not regarded as an important destination for spirituality motivated travel.

for more information on the pilgrim paths read ‘Pilgrim Paths of Ireland- a guide’ by John G. O’Dwyer.  Available in the Library or visit http://www.pilgrimpath.ie