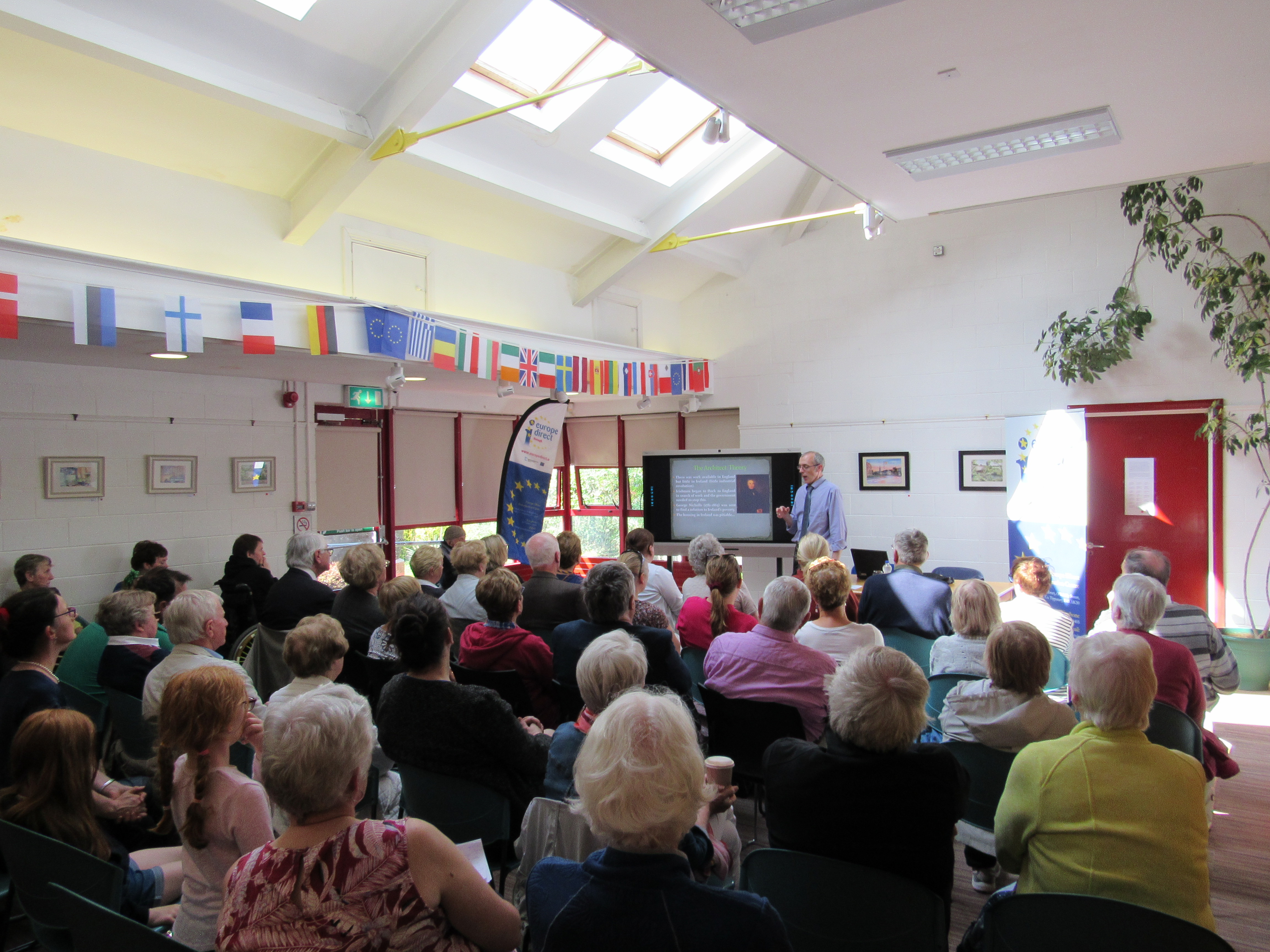 Heritage Week, part of European Heritage Days, was celebrated in Nenagh library on Wednesday last, 19th August, with the welcome return of historian Steve Dolan, of the Irish Workhouse Centre, Portumna, Co. Galway. Part of European Heritage Days, a joint initiative of the Council of Europe and the European Union, Heritage Week seeks to increase our awareness and appreciation for our natural, built and cultural heritage and Nenagh library, in it’s role as Europe Direct Information Centre (EDIC) for counties Tipperary, Limerick, Cork and Kerry, was delighted to have the chance to co-operate with the Irish Workhouse Centre to launch Steve’s booklet ‘The Workhouses of County Tipperary.’ This booklet, one of a series of 6, sought to tell the story of the era, with it’s shared trauma of death and emigration.

It was a well attended launch with those in attendance curious about these workhouses, representative as they are of Ireland at it’s lowest point historically, with the Irish Famine a blight on the national psyche. Noting that the neighbouring counties of Tipperary and Galway suffered severely through the worst years of the Great Hunger, Steve spoke passionately about the twelve workhouses of the Premier county, all the while counselling his audience to remember that, looking back from this distance, facts are what matter, not opinions and not everything can be seen as rigidly black and white; rather it is the grey areas that are in the end the most interesting. A lively question and answer session followed his talk with most members of the audience buying a copy of ‘The Workhouses of Tipperary’, full proceeds of which will go to local charity, Living Links.

This series of booklets, written by Steve and produced by the Irish Workhouse Centre, as part of their programme for Heritage Week, is being launched in Galway’s neighbouring six counties of Tipperary, Clare, Offaly, West Meath, Mayo and Roscommon with full proceeds from the sale of the booklets going to support specific charities/organisations in each town/county.