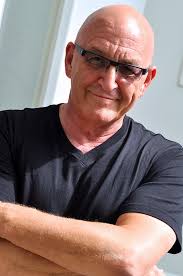 Michael Grant is an American author of young adult fiction. He has written over 150 books, though most are as a co-author with his wife. Grant is the sole author of the Gone and BZRK series.

Michael Grant has spent much of his life on the move. Raised in a military family, he attended 10 schools in five states, as well as three schools in France. Even as an adult he kept moving, and in fact he became a writer in part because it was one of the few jobs that wouldn’t tie him down. His fondest dream is to spend a year circumnavigating the globe and visiting every continent. Yes, even Antarctica.

He lives in Southern California with his wife, Katherine Applegate, and their two children.

Request Michae’ls books from our online catalogue or in your local branch library.

Cassandra Clare was born in Iran.  As a child, Clare traveled frequently, spending time in Switzerland, England, and France. She…

With over 8 New York Times bestsellers in 2 years, and over 7 million copies in print, her books…

Chris Bradford is the author of the Young Samurai and BODYGUARD series. He has  been published in more than 20…