Title: The Light That Charlotte Glimpsed

Charlotte looked at her husband, at the livid red strip that bridged his nose. Liam didn’t believe in sunscreen; ‘We’re screwed anyway,’ he’d say, meaning those summers back in the 70s before sun cream was invented.
‘Global warming … no need to go abroad any more!’ He pointed his glass at the low red sun.
‘I know – it’s like August in the Med.’ Charlotte replied, heat from the barbecue rippling the air around her. His sunburn was an embarrassment – a social no-no, not as bad as smoking of course, but a sign of a certain carelessness nonetheless.
Inside the house, the boys started up on the piano. “Ikonik”, their school band, had played at the graduation ceremony earlier: a melancholic Leonard Cohen number, which given their thirteen years was a little unconvincing. Still, the haircuts were a talking point and the moves were getting there.
The girls had played it more demure. There were poems (“A Giant Leap Taken in Baby Steps”), first day photos, school trip souvenirs, and posters along the walls: Things We’ve Learned, Different But Equal, Friendship Is…The mothers cried, remembering the early years. The fathers panned their cameras across the stage.
Lukas and Martha had invited a small circle of parents back to their house afterwards. This evening there was a common bond: their children had made it through primary school. They all felt it – sadness for the innocence shed; anticipation for the lessons to come.
‘Jesus, I remember all we had when we finished primary was a long mass!’ Róisín handed out the paper plates.
‘Yeah, that and a kick up the rear – don’t come back!’ Padraig glugged his beer like a man who’d crawled across a desert. Obviously, Róisín was doing the driving tonight. Charlotte and Liam had argued before they left:
‘Fucksakes, Charlotte – I can’t drink Fanta all night! It’s alright for you…’ Liam didn’t continue but she knew what he meant: It was alright for her, she’d be on familiar turf, but Liam only knew the other fathers from party pick-ups or the odd fundraising pub quiz. And this was Lukas’s house. Lukas suffered terribly from boredom; he was not the type to talk about football or politics for long. Sooner or later things would turn personal.
Martha swished past with the tray of burgers, and called to her daughter to bring out servers for the salad, but her voice couldn’t carry over the lash of “Chopsticks” being dealt to the piano. Charlotte stood up, ‘I’ll get them, Martha – it’s no trouble – really!’
The girls were eating their food leaning against the counter. Their chatter stopped dead when Charlotte came in, discussing boys perhaps. Hard to believe that, at twelve, Emily was taking an interest. But the rest of them were nearly fourteen; it was inevitable really. Charlotte found the servers in a jar labelled “Utensils”. Martha liked to label things, a rub-off perhaps from her years in Germany. Or maybe it was Lukas’s doing. He certainly did the jokey captions for the family photos spread salon style over the back wall. Charlotte’s chest tightened as she clocked the milestones in Lukas and Martha’s relationship: not, she told herself, out of jealousy. No, it was seeing how simple it was for others: being happy, how open it made you.
Lukas was describing some barbecue his brother got in Hamburg, a real swanky job apparently. The men discussed the merits of charcoal versus gas. The women, meanwhile, marvelled at the changes in their children; the girls especially – those curves! Everything seemed to start so much younger now. Was it the food? Or was it the additives? Were children really bigger nowadays?
‘I mean, we were all such skinnymalinks! I don’t recall any of that starting until secondary.’ Charlotte remembered still the shock: her blood – how horrifying it had been: a part of her body she could not control. For months, she’d told no one; had stolen money from her mother’s purse to buy sanitary towels. But Emily had come up to her the moment her periods started, proud almost.
‘And then, later on, those summers working abroad, do you remember how tall the other Europeans seemed?’ Roisin was getting excited, a point forming in her mind, ‘Maybe we’re just catching up – maybe now we’re the same as the Danes and Germans!’
Martha wasn’t convinced. She cut into the men’s conversation, their charcoal/gas debate having petered out, ‘Well, Lukas? Did we all seem like runts when you first came here?’
‘Yeah, sure! Felt like Gulliver in Lilliput!’ Lukas laughed, held his hands out wide. Lukas was five foot four max. Dark too, like a little hobbit Charlotte always thought – a busy hobbit. Still Martha loved him; you could see it in the way she looked at him: eyes soft and tender.

Liam sat up front and did small talk with the taxi driver. Emily sat beside her in the back, arms folded, face turned away. The driver was a glum sort and it wasn’t long before Liam too sank into silence. Charlotte looked at the back of his neck, at the line of red where it met the white. She thought about touching him, about feeling the heat of him but she turned instead, and reached her hand out to Emily. Charlotte saw her daughter flinch. She wanted to grab her, tell her No! It’s not like that! That’s not what love is like! That’s not how love should start! But she didn’t of course. She would never say it. Charlotte would never tell her daughter what love was, because she’d only glimpsed it once, and it had been in a pool of light, and like everything else she tried to contain, that light had vanished the moment she set it down on pape 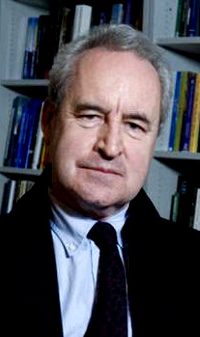