I always wanted a house like hers with creeper on it. With a white wooden gate and a crunchy gravel avenue and a garden where little Patsy could play and his cough might stop.  And the grass was soft and cushy like a posh carpet and no yobbos could push through the holly hedge to steal his ball.   And there were hydrangeas and red geraniums and roses and all sorts of herbs in little stone baths.
I always wanted a husband with a job – someone who was out all day and not forever home sprawling on the sofa reading the paper, legs stretched out to trip people.  A husband with his photo in a silver frame.  And me with a comfy bed and a telly on the wall, and a Stephen Pearce quilt, like the ones in the supermarket for the Loyalty Points, only a nicer colour.  And a heated towel rail in the bathroom.
But most of all I wanted to be the friend of Miranda – I didn’t call her Miranda (she was Mrs. Davis) – but I loved saying it to myself  – MIR-AN -DA. –  a film star’s name, like Meryl or that Ingrid my grandma talked about.
Each Tuesday when I arrived, I wanted her to say “Hello Josephine” and to ask how little Patsy got on at the hospital, and did I see Eastenders last night, and did I get the tombstone for my mother’s grave.  And then we could have a cup of tea and a couple of Kit Kats before I started on the kitchen and the furniture, and another when I finished doing upstairs and the bathrooms.  And she would notice my new blonde highlights – not great but the girl in the salon was only a beginner and I got them for half-price. And she’d laugh – “Josephine you’re so clever – half-price – they really suit you ”.
I always wanted her to take notice of me ….  to really notice me.  I wanted to look into her eyes and I wanted her to look into mine.   Ma always said my eyes were beautiful – violet like Elizabeth Taylor.  I said this to Pat once and he said how come I had only the one husband then!  One husband and one sickly child, and one sulky sister and one poor brother, and they all leaning on me.    And being pulled and dragged this way and that, and my Ma dying.   And everyone saying how great I was when she was sick  and I knowing that I wasn’t great at all – knowing that the cancer did my head in. That I spent my time smoking those cigarettes my brother gave me and downing six-packs of Bud , till I felt all queer and numb.  And I standing at her grave not able to cry, with an awful empty sinking feeling, and wondering how soon before I could finish with the shaking hands and the repeating over and over –
“Yes, she was a great mother”
“A blessed relief after all she suffered”
“Thanks for coming”.
Wondering would there be enough sandwiches to go round at home and would Patsy get another cold from standing out in the wind and rain.

I always wanted myself and Miranda to talk.    I wanted to tell her about my poor brother and Susie, my sister, and her boyfriend – the one with all the tattoos.
“David Beckham eat your heart out”, I could say and she might laugh “Josephine you’re awful”!  And then I might have got to know about her life when she wasn’t playing that sad music or sitting under the tree in the garden.  Or polishing silver at the table ever so
slowly and carefully as if it was the most important thing on earth.      Sometimes I made a plan to help me start up a bit of a chat – picked some type of a topic that was harmless.
Practiced saying it over and over –
“I think we should do something about that clothes line out the back – fit to fall it is.   Some windy day the clothes’ll land on the cobbles.  I could get Mick to fix new poles  – sink them into a fresh bit of cement”.
But before I could say anything she’d drift off to another room or go out shopping.  She had a habit of drifting about like a beautiful butterfly settling things that didn’t need to be settled – cushions and chairs and vases of flowers.  And she jumped every time the phone rang like as if she was expecting some terrible news.  Even though it’d only be her mother asking her over or the woman from her Book Club.
And her husband, the one in the silver frame – what was he really like?   His stuff around the house was too neat and tidy to be true, his clothes all hung up so they wouldn’t crease.   His Computing magazines stacked in perfect order on the coffee table.

The door to his study always locked.    So not like Mr.Pat – a walking thrash can – cigarette butts and dirty socks and old newspapers – piles of them – and dirty cups – everywhere.    I often had a queer feeling that he was watching me out of the photograph – very handsome but creepy in a way, like someone in an old black and white daytime television film.  His hair cut short and combed back from his forehead.   Perfect white teeth.    His lips a bit too full, too much like a woman’s.
On Wednesdays I did for Mrs. Hadden, Miranda’s nearest neighbour on the road.  Pat called her Mrs.Bucket  – the Lady of the House.  Always following me around checking up.   Forever pumping me for information about Miranda and her husband.
“What exactly did you say that man does for a living”?  she asked me once.
“I think he’s a Tax Man”, I said, trying to be funny.
The woman wouldn’t notice a joke if it hit her over the head.   Took me serious, agreed that he dressed very well, always carried a briefcase and drove an Audi.
“But you know”, she said “ I think he’s something more important – something to do with the law maybe.  Yes, he’d look well in a Barrister’s wig.   Funny thing, he hardly ever goes out except to work.  He could be a drinker – a secret drinker – I’ve seen Miranda coming out of the Off-Licence several times.”
When she’d start her questions about why Miranda was so “stuck-up” as she called it, I usually turned on the hoover – sent her off to kill a spider I ‘thought’ I’d seen in the bathroom.

I knew in my heart Miranda didn’t mean to be uppity in ignoring me, in looking through me instead of at me. It was like as if she was off somewhere else – but not like my neighbour Alice who’s on the Prozac, or Susie who lives in cloud cuckoo land most of the time, putting up with the boyfriend giving her the odd wallop.  No, Miranda reminded me of that holy picture that used to hang on the wall at home – Our Lady of
Dolores or Dollors or something – a beautiful sad face.  Her eyes always looking down, her hands small and soft, somehow lifeless in her lap.
Like a fool I thought that if I could talk to her I might help her.  But maybe it was myself I was trying to help – searching for a friend, a sympathetic friend to replace my dead Ma, and fill in the big hole she left inside me when she died.  Someone who wasn’t always hassling me for money and forever on the edge of exploding with temper over nothing.  Someone I could show Patsy’s photo to – the one where he looked like a girl with his fair curls and pale skin, and you couldn’t tell how small he was for his age.   And I would keep Miranda a secret from everyone, so that nobody could spoil things for me, or sneer, or think I was getting above myself.
There were times when I thought Miranda was going to say something to me, something important, something she had told nobody else, and then we might have sat together and talked.   Slipped our shoes off and drank tea from those lovely blue china cups she used every day and didn’t keep just for visitors.  And the big wide gulf between us might disappear and we might listen to each other in that quiet house, with the grandfather clock ticking away, and the room shaded from the sun with just little lines of light on the carpet, and the scent of flowers.    Listen to those small things that bother most women  – the things that seem to grow into big things when there’s nobody to talk them over with.  Nobody to have a bit of a bitch with, to let off steam with, to laugh with  – to see the funny side beside the black side.
Or maybe we might just sit in silence, just there side by side, and the world outside wouldn’t matter.  And everything would be still and kind of peaceful.   The hum of the traffic on the road, the hum of insects coming in through the door windows leading to the garden.  No loud voices, no arguments.   And that feeling I get, as if everything is spinning out of control might stop.  That feeling that makes me want to beg, like the lad in the song  –
“Stop the world I want to get off’.
But then she’d just look over my head and ask me to give a clean out to the fridge or wash the windows in the porch.
Mrs. Hadden said it was early morning when the guards came to Miranda’s house and took away the computer, with all the filth on it, belonging to him in the silver frame.    And then what did he do but run away and drown himself  –   off in some foreign place – just to make more torment.  As if things weren’t bad enough already.
I left the job at Mrs. Hadden’s.  I couldn’t stick listening to the going on of her, about how she always had a funny feeling about her neighbours.   Too stuck-up to even
drop in for a drink, after she asking them specially.    She must have thought I was a bit mad, when I suddenly changed into my shoes, picked up my bag and ran out the
door.   I told Pat some story to shut him up – nearly bit the poor fella’s head off.
And when I plucked up courage to come back to Miranda’s house there was a “For Sale” sign at the gate.   The grass was all tufty -in need of a cut – and the dustbins hadn’t been taken around the back.  The blinds were down in the front even though the day was cloudy.   The climbing plant at the door still smelt of minty ice-cream but the coloured glass panels in the porch looked as if they could do with a bit of Mr. Sheen.
And her mother was there and she paid me a month’s wages to make up for not giving me notice.    She was very nice but she didn’t ask me in.  I stood on the doorstep and the wind whirled past me into the hall and there was dust on the little hallstand I used to polish, and the little mirror where I used to examine myself and pretend I was on the X-Factor holding the handle of the mop as a mike.
I shivered and pulled my coat tight around me and turned away.   I felt so lonely, like when I was a child and nobody would play with me, because I suppose they thought I was a bit peculiar, a bit ‘away with the fairies’ as they said. .   There was no way I could tell Miranda’s mother how I always wanted to be her beautiful daughter’s friend.  Nobody in the wide world I could tell. 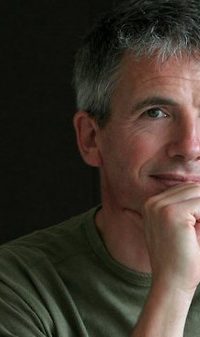