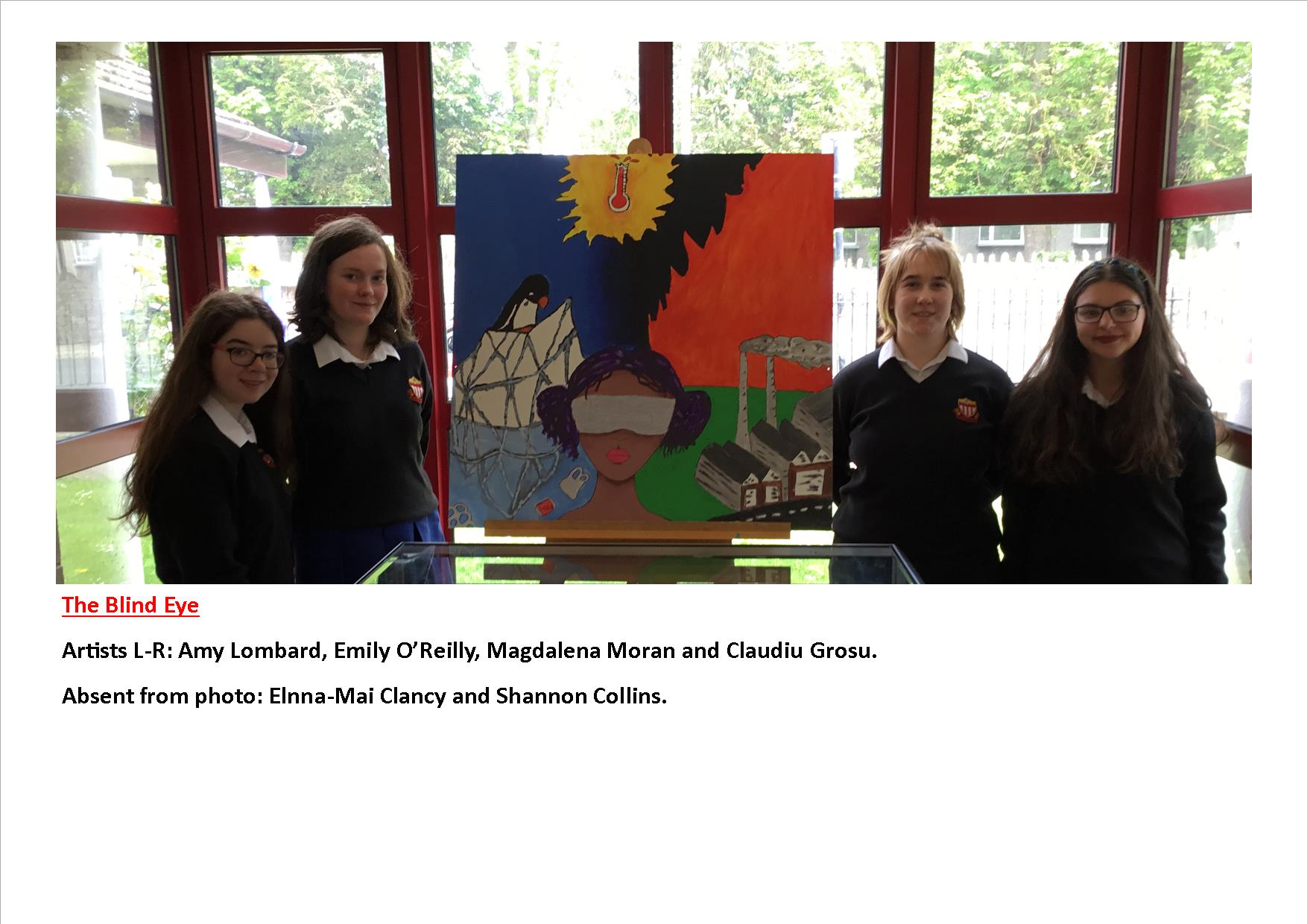 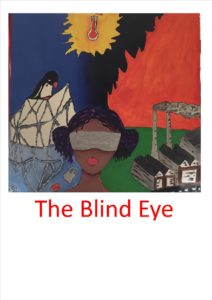 This painting was made to highlight how we as humans are turning a blind eye to the effects of global warming.

It was painted by 6 Transition Year students from St. Mary’s Secondary School.
They are the first team to get through from St Mary’s in the UNESCO ECO-DENS Competition.

They have successfully made it through to the National Finals of The UNESCO ECO-DENS 2019 which will be held on the 23rd of May in the Convention Centre.

What the Painting means:
The Penguin on the Iceberg is crying because his home has greatly reduced to the iceberg he is standing on because of the ever rising temperatures due to global warming.

There is waste in the sea to represent the crisis with rubbish in our oceans.
Recently it was reported that a whale washed up on the shore of Italy with over 5kg of plastic in its stomach.

On the opposite side you can see a factory producing insane amounts of air pollution, which represents the Industrial Surge the world has had recently which is a big contribution to Global Warming.

Behind the smoke you can see a forest fire which represents the recent tragedy in California which most people believe was caused by Global Warming.

You can see a gradient of smoke fading into the other side of the painting which represents how if we don’t act fast smog will spread globally.

There is a burst thermometer showing how if we don’t act fast the planet will become uninhabitable.

Our main message of this painting is that the girl in the centre of the picture is blind to the effects around her as she is wearing a blind fold.

She also is not your typical girl to show everyone is doing it and we need to be more aware of how our actions have consequences.