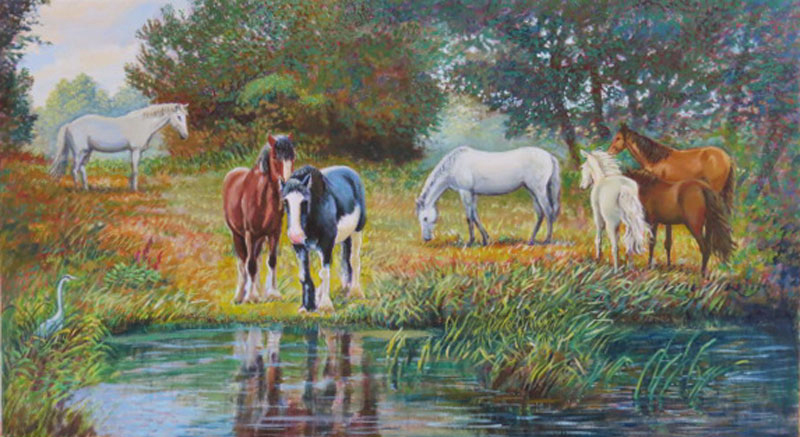 The 15 members of the Inis Artists have as part of their touring exhibition calendar opened their first colourful display of paintings at Library in Roscrea (on the Birr Rd.), they invite everyone to come and see all the new works in their ‘Soundings’ Spring Exhibition

This is an anniversary year for the Inis Artists it being their 20th. They were founded back in 1999 when a group of artists who were part of the Clare Crafts Association decided to set up their own group. They have been extremely active ever since with up to 14 exhibitions around the country every year

There will be up to 30 works on sale which will consist of landscapes, townscapes figurative pieces and, in many mediums including oils, watercolours and acrylics. There are a wide variety of works produced, representing the diverse techniques and versatility of the group.

The Inis Artists members consist of both professional and highly talented amateur artists based in Clare and Limerick. The Inis Artists represents some of the major representational artists in Clare today. The group was formed to promote visual art not only in Clare but throughout Ireland. To this end they regularly exhibit in 3 of the 4 provinces.

Some of the well-known artists include Tom Daly, Margaret Ray, Tomás O‘Maoldomhnaigh, Alan Shoosmith, Gerardine O’Leary. The artists all accept commissions including portraits and would be delighted to discuss any potential paintings.