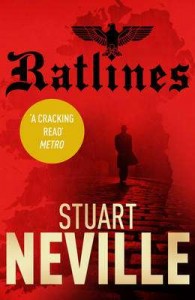 The 2013 Festival  centered on the novel ‘Ratlines’ by crime novelist Stuart Neville.

On Wednesday 28th August, the Chairperson of the Tipperary Joint Libraries Committee Cllr. Siobhan Ambrose  launched the 2013 Tipperary Reads Festival in Thurles Library, The Source.
Stuart has written four novels each of which have been nominated for the Theakston’s Old Peculiar crime novel of the year. His debut novel ‘The Twelve’ won the Mystery/Thriller category of the Los Angeles Times Book Prize, and was picked as one of the top crime novels of 2009 by both the New York Times and the LA Times. He has been shortlisted for various other awards, as well as the Irish Book Awards Crime Novel of the Year. His fourth novel, ‘Ratlines’, about Nazis harboured by the Irish state following WWII was published in January 2013.

You can pick up your copy of ‘Ratlines’ in any branch library in County Tipperary. Everyone was encouraged to get involved in the Festival by reading the novel and then to  meet Stuart when he came to visit Tipperary Libraries in November.

Stuart visited Clonmel Library on Friday 15th November, Nenagh Library on Saturday 16th November  in Thurles Library that evening for the closing night of the Festival.

As part of the Festival Dr. Michael Kennedy R.I.A.  delivered a free lecture on the history of the time period dealt with in ‘Ratlines’ in Thurles Library on Saturday 14th September. 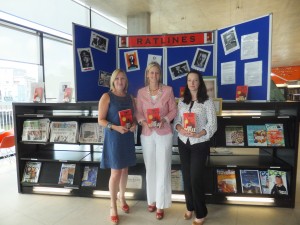 Then on Saturday 12th October acclaimed thriller writer Arlene Hunt  facilitated a free crime writing workshop in Thurles Library which was open to all those interested in honing their writing skills.

Many thanks to North Tipperary County Council Arts Office for sponsoring the prize money for the Premier Short Stories competition and also to Fitzpatrick Design and Print.