Readers came away with new insight into the writing process and found Sophie a wonderfully engaging speaker. 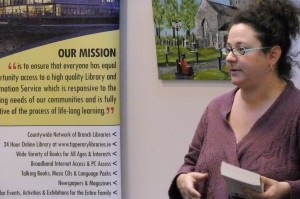 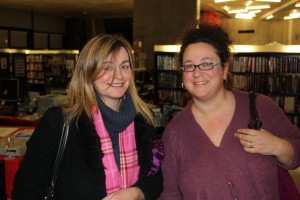 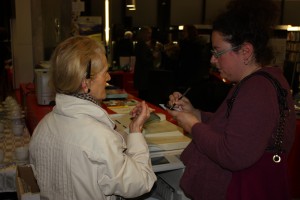 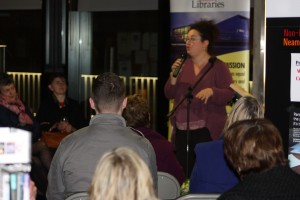 This year’s competition entries came from all across County Tipperary as well as from Kildare, Cork and as far away as Australia. The competition was judged by author and playwright John McKenna who was greatly impressed by the quality of the writing. We would like to thank everyone who submitted a story for the competition and look forward to reading your work again in the future. Author Sophie Hannah presented Fiona with the €200 prize money which was kindly sponsored by County Tipperary Arts Office. You can read Fiona’s entry ‘Joe’ here. 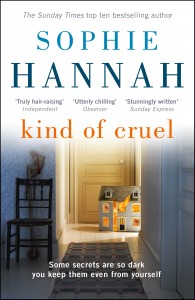 Council, launched the Festival in Thurles Library on Wednesday 13th August. Events for this year’s Festival include a crime writing workshop for adults with Irish author Alex Barclay; an illustrated talk o n the life & work of Agatha Christie by Christie expert John Curran; as well as several reading & discussion sessions of this year’s focus novel ‘Kind of Cruel’ with Sophie Hannah. Sophie’s work has been published in 27 countries. In 2013, her latest novel, The Carrier, won the Crime Thriller of the Year Award at the Specsavers National Book Awards. Two of Sophie’s crime novels, The Point of Rescue and The Other Half Lives, have been adapted for television and appeared on ITV1 under the series title Case Sensitive in 2011 and 2012. Sophie has also published five collections of poetry. Her fifth, Pessimism for Beginners, was shortlisted for the 2007 T S Eliot Award. Her poetry is studied at GCSE, A-level and degree level across the UK. Most recently she has been commissioned by the Christie family to write the first new Hercule Poirot mystery ‘The Monogram Mystery’ which will be published on 9th September. 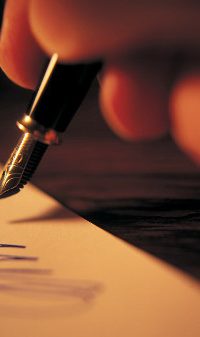