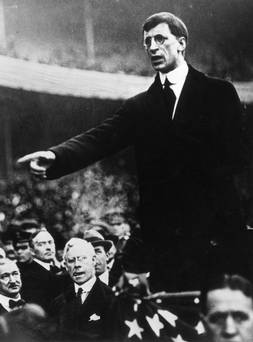 The name of the American propaganda organisation was the Committee on Public Information and its Irish work both in the US and in Ireland has not been looked at previously. The context is conscription in 1918; the themes are the diaspora, democracy, Anglo-American relations, the ending of the war, heading towards the 1918 elections and how President Woodrow Wilson’s views on Ireland would never have allowed the cause of Irish independence to be part of his plans for the post-war world order.

Bernadette Whelan is Professor emerita, Department of History, University of Limerick where she was head of department and course director of the MA in Local History. She is a member of the Royal Irish Academy and one of the general editors of the Documents on Irish Foreign Policy publications  directed by the Department of Foreign Affairs and Trade and the Royal Irish Academy. She has researched and taught on Irish diplomatic history, US history and on women’s history. Her publications include  American government in Ireland, a history of the US consular Service 1790-1913, United States foreign policy and Ireland: from empire to independence, 1913-29 and Reading the Irishwoman: Studies in Cultural Encounters and Exchange, 1714-1960. She has published scholarly articles in journals in Britain and North America