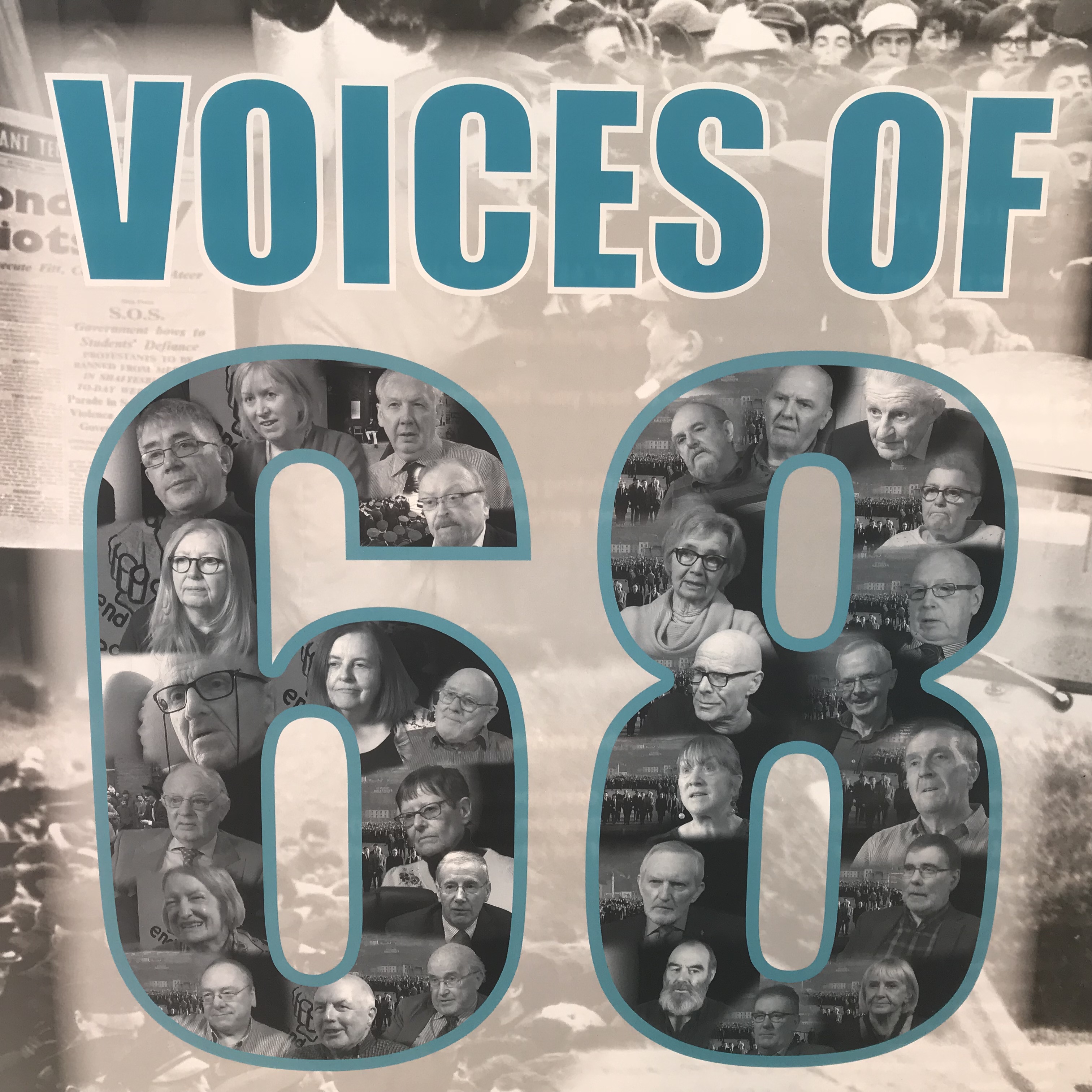 The Voices of ’68 travelling exhibition focuses on a period when the civil rights movement and political tensions came to the fore across the Ulster. It features the filmed testimonies of 30 historians, political activists and civilians and encourages a fresh look at this crucial turning point in Northern Ireland’s political and social history.

The exhibition is part of a major project that takes a fresh look at the pivotal events of 1968 and the civil rights movement in Northern Ireland, on the eve of the outbreak of the Troubles. It is on an international tour visiting venues in Ireland, the UK, Europe and the USA and will be hosted by Thurles Library for the month of August.

The exhibition is one part of a collaborative project between National Museums NI and Dr Chris Reynolds from Nottingham Trent University.

It will be open to the public during Library opening hours, and will be of interest to both those who lived through these tumultuous times and anyone with an interest in one of the more remarkable periods of 20th Century Irish history.