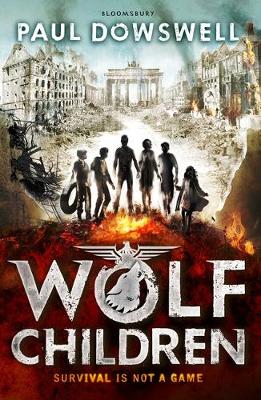 It is July 1945, Hitler’s Third Reich has fallen, and Berlin is in ruins. Living on the edge of survival in the cellar of an abandoned hospital, Otto and his ragtag gang of kids have banded together in the desperate, bombed-out city.
The war may be over, but danger lurks in the shadows of the wreckage as Otto and his friends find themselves caught between invading armies, ruthless rival gangs and a strange Nazi war criminal who stalks them …

A climactic story of truth, friendship and survival against the odds, Wolf Children will thrill readers of Michael Morpurgo and John Boyne