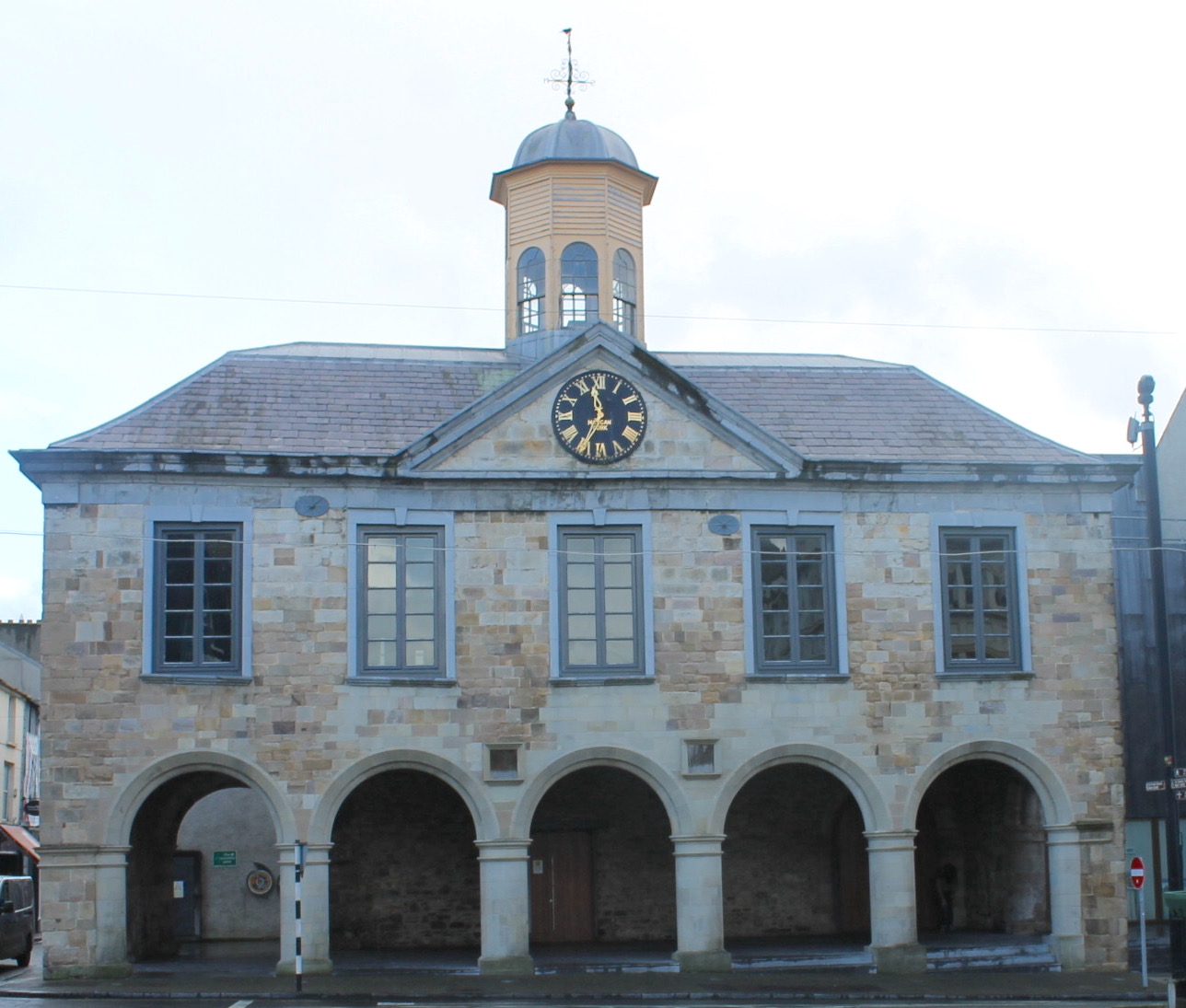 Around Our Town Ep.18 – The Main Guard

The Main Guard situated on Sarsfield Street is one of Clonmel’s most recognisable landmarks. It was built at the behest of James Butler the 1st Duke of Ormonde in 1674 to provide the town with a courthouse. The previous building which had served as a courthouse had been destroyed during the Siege of Clonmel in 1650.

Some of  the features of the building are said to have been based on designs by Christopher Wren but this unverified. William P. Burke in his History of Clonmel tells us that,

The ground storey… was one of an open arcade. Five semi-circular arches supported by massive cylindrical columns formed the west front , and two of a similar character to the north.

It was here that the corporation received King James II during his tour of Ireland in 1689. Following the attainder (the forfeiture of land and civil rights) of James Butler the 2nd Duke of Ormonde in 1715 for high treason, assizes courts were held here until about 1800 (Shee, E. & Watson, S.,  Clonmel, An Architectural Guide). It was at these courts that one of the most infamous episodes in the history of Clonmel took place. In 1776 Father Nicolas Sheehy, the parish priest of nearby Shanrahan, was found guilty of the charge of accessory to murder. A verdict which later led to him being hanged drawn and quartered (O’Riordan, E., The Case of Fr. Nicholas Sheehy).

The building operated for a time a as a Tholsol (a place used to collect tolls and taxes) and in the early 19th century as an army barracks. 1810 saw the ground floor converted into a series of shops. Clonmel Borough Council acquired The Main Guard in 1986 and the Office of Public Works took over ownership in 1994. An extensive restoration was subsequently undertaken and completed in 2004. Today the building houses an exhibition space and is free to visit (Quinlan, M., The Main Guard Clonmel)