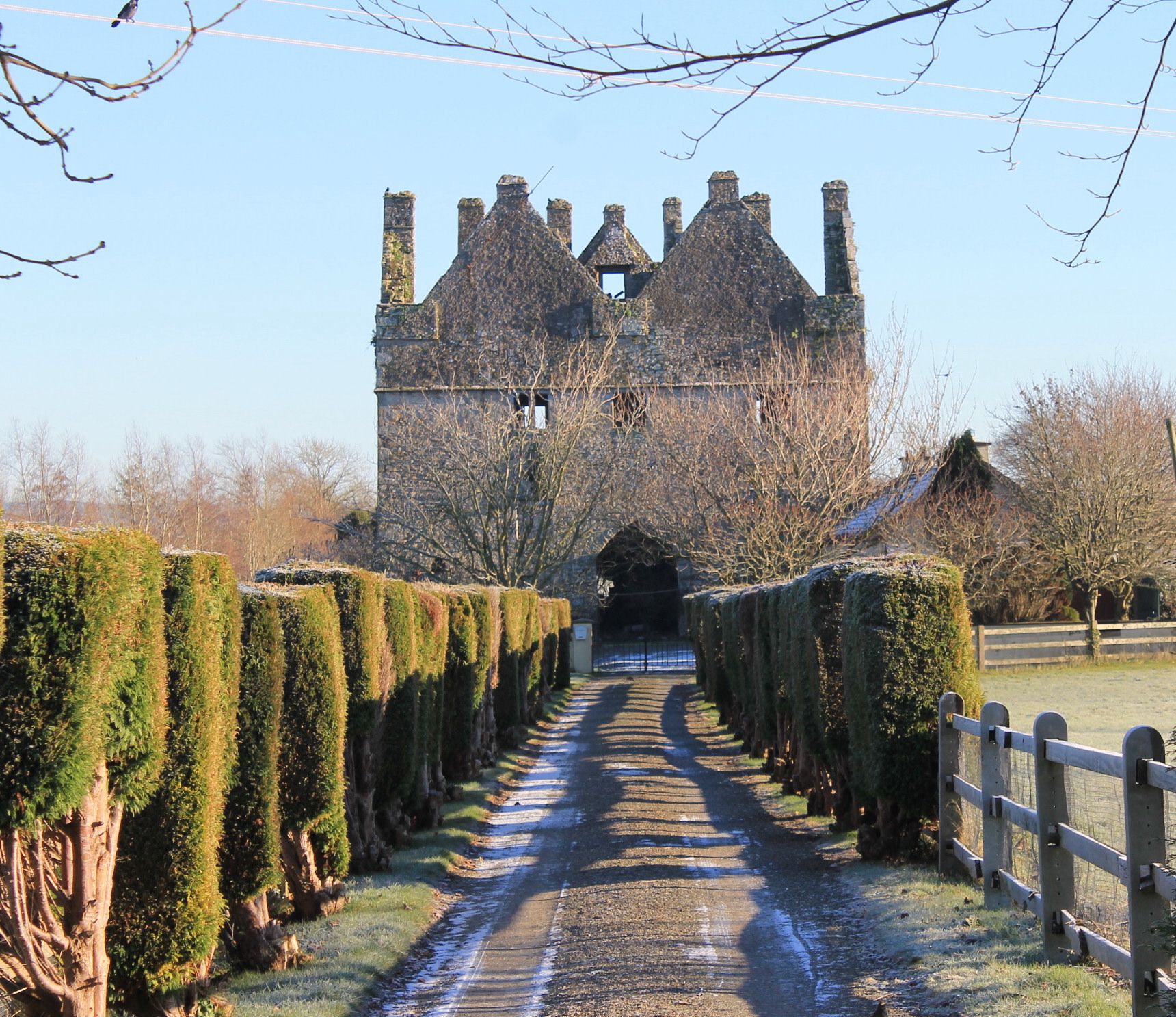 The townland of Tikincor Lower lies some two miles east of Clonmel just inside county Waterford. The Irish form of the place-name, Tigh Chinn Chora Íochtarach (translates to house at the head of the weir lower), tells us more about the landscape (www.logainm.ie). The ‘house’ referred to in the Irish place-name is almost certainly Tickincor Castle set slightly back from the river Suir overlooking Sir Thomas’ Bridge.

It is described by the Connacht and Munster Landed Estates project (2011) as a fortified house which for many years was attached the Osbourne family. The Archaeological Inventory of County Waterford (1999) tells us that the house was,

Built by Alexander Power during the reign of James I, it was owned by Richard Power FitzAlexander in 1640 but the house passed to Sir Thomas Stanley and then to Sir Nicholas Osborne during the Cromwellian settlement. The Osborne family lived here until they moved to Newtown Anner, Co. Tipperary, in the late 18th century

By the time of the first ordnance survey of Ireland (1840) the house is recorded as being in ruins (referred to on the survey map as Kincor Castle). Ten years later, Griffith’s Valuation, informs us that the house is still in the ownership of the Orborne family belonging to Ralph B. Osborne Esq (www.askaboutireland.ie). Today the house is in private ownership and not open to the public to visit.

Nearby Sir Thomas’ Bridge spans the Suir connecting counties Waterford and Tipperary. The bridge was built by Sir Thomas Osborne in 1690 to allow access from Tikincor Caste to his land on the other side of the river. A gate is said to have been in place until the middle of the 19th century. The National Inventory of Architectural Heritage (www.buildingsofireland.ie) provides the following detail,

The tow path which had facilitated the transport of goods by barge runs underneath the bridge and today forms part of the Suir Blueway.

The imprint of the Osborne family on this small townland is manifest by both their long tenure at Tickincor Castle and the construction of the bridge. Burke in his History of Clonmel (1907, p121, p.164, p.228, p.271 & p.358) records multiple references to the Osbourne family demonstrating their participation in the civic, industrial and religious life of the town.