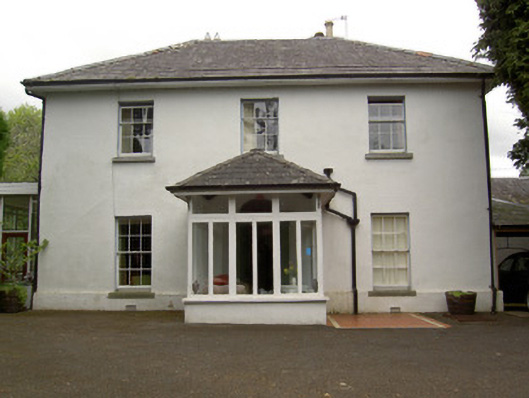 Around Our Town Ep. 34 – The Coleville Road, Clonmel (Part 9) – Edward Burke, Mayor of Clonmel of Greyfort

Greyfort on the south side of Coleville Road could be  considered more modest than some of its near neighbours. Built in the first half of the nineteenth century the National Inventory of Architectural Heritage describe Greyfort as follows:

This house retains notable features such as the slate roof, timber sash windows and timber panelled shutters. The slate-hanging is a particularly interesting feature, the decorative chevron pattern being a feature that is characteristic of South Tipperary, especially Clonmel. 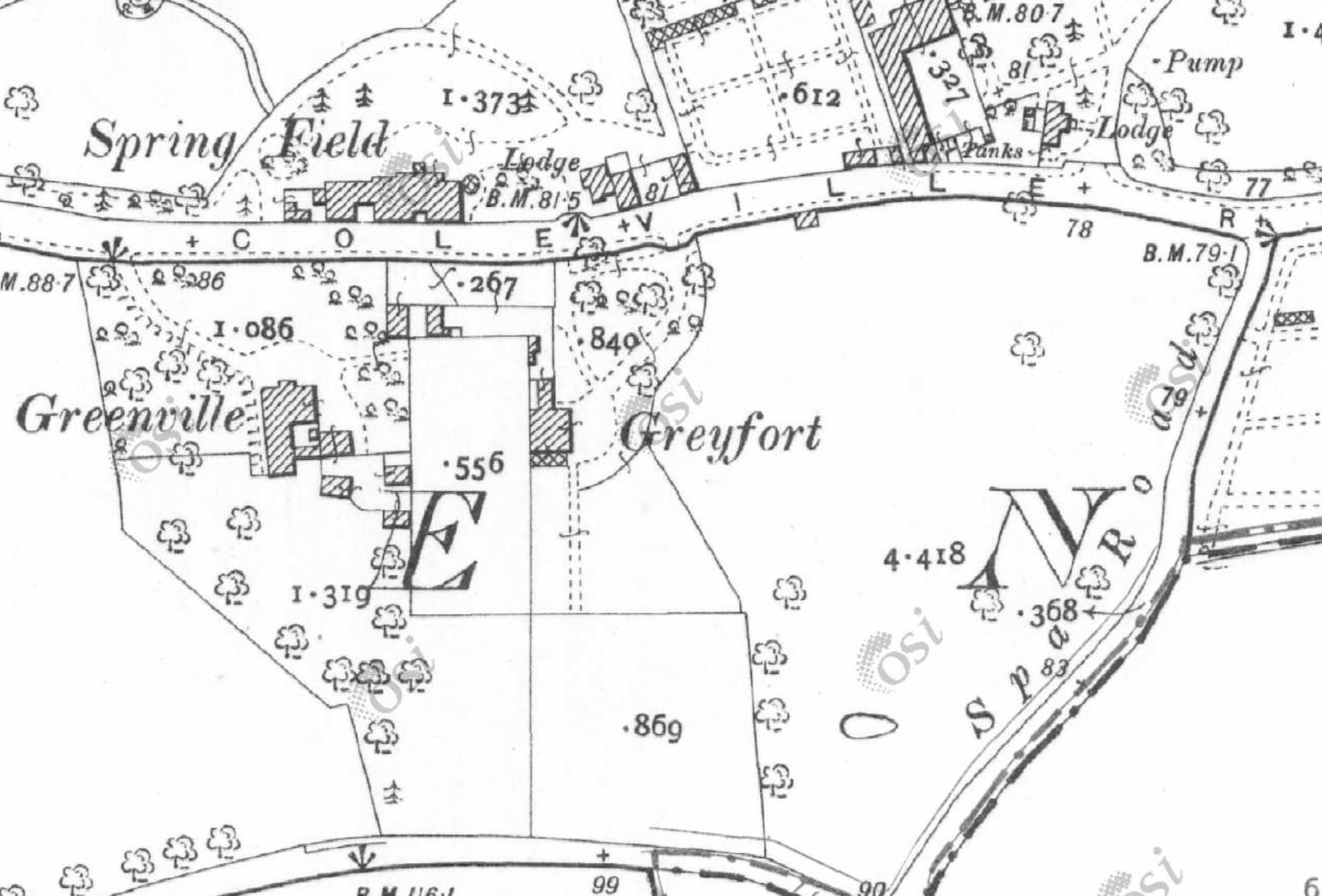 One of the first individuals we can associate with Greyfort is Joseph Honner Esq. The Freeman’s Journal of the 3rd of November 1859 (see below) announces the birth of a son to the Honner family of Greyfort, Clonmel. We can also see from this that Joseph Honner was a solicitor. Slaters Directory of Ireland 1856 confirms this, listing Joseph Honer as an attorney. His office was at 29 Bagwell Street (today named Parnell Street).

Various articles in the Clonmel Chronicle place the Honner family at Greyfort until the mid 1870s. At some point in the next decade Greyfort changes hands to Edward Burke. He was also a solicitor. We find out from Bassett’s Directory of Tipperary 1889 that not only did Honner and Burke share a profession but they also had practices on the same street (Parnell Street). It seems likely that both families were at the very least professional acquainted. Edward Burke was a quite an interesting character. He served as Mayor of Clonmel for 1897. That years contest seems to have been a feisty affair as Burke’s letter to the Irish Examiner (see below) illustrates. 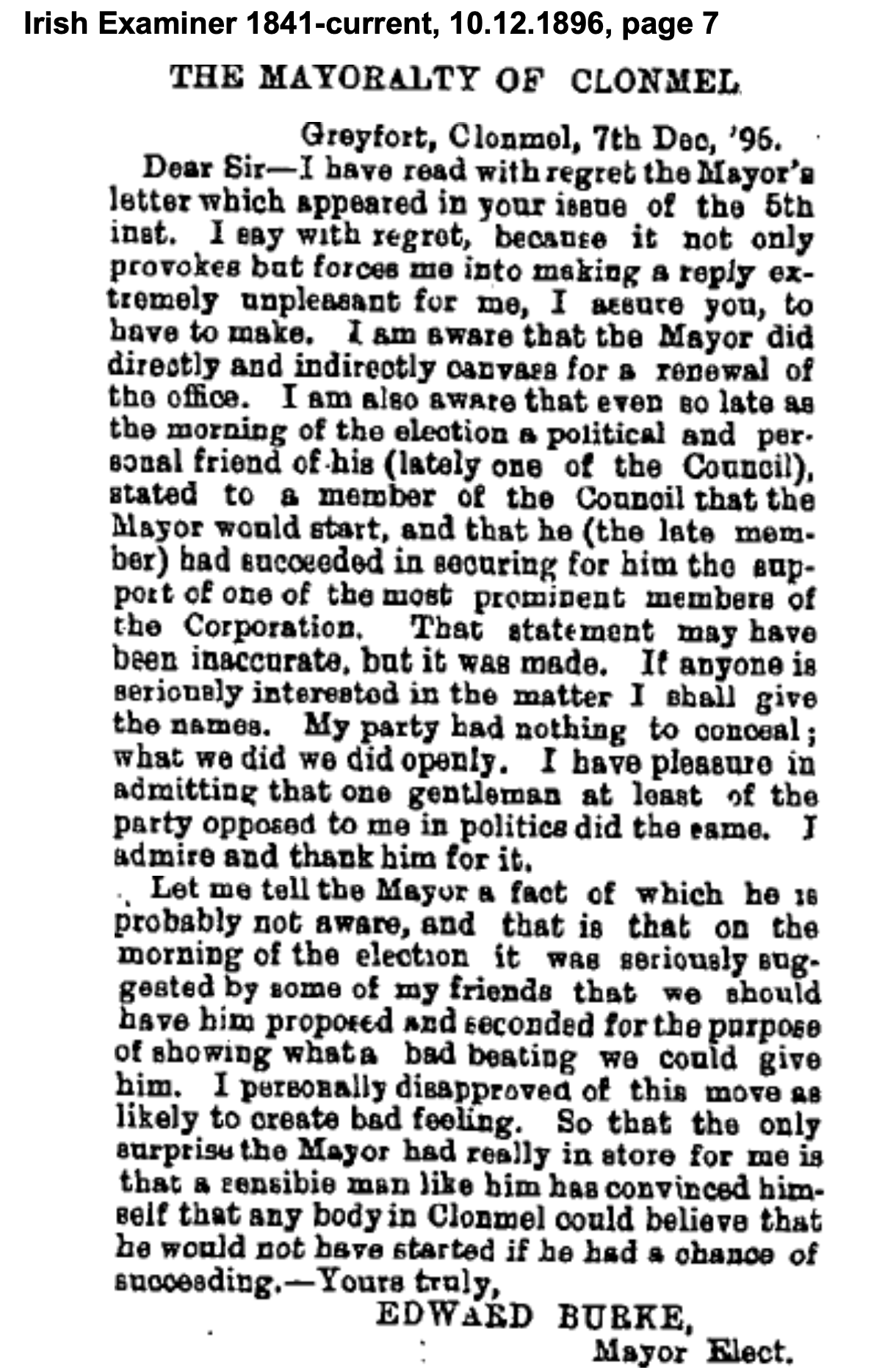 Sean O’Donnell’s book, Clonmel 1840 – 1900, includes a short profile of Edward Burke (p.248). He describes him as an enthusiastic supporter of Parnell, he was present at the Westport meeting in 1879 and did not waver in support even after the split. He also reports that Burke became ill during his mayoralty in 1897. In October of  that year he moved to South Africa. It was hoped that the warmer climate might benefit his health. However, Edward Burke passed away in October 1898. The Munster Express of the 5th of November 1898 includes a detailed obituary. It mentions that

Today, Greyfort is one of the protected structure. It is in private ownership and remains occupied.