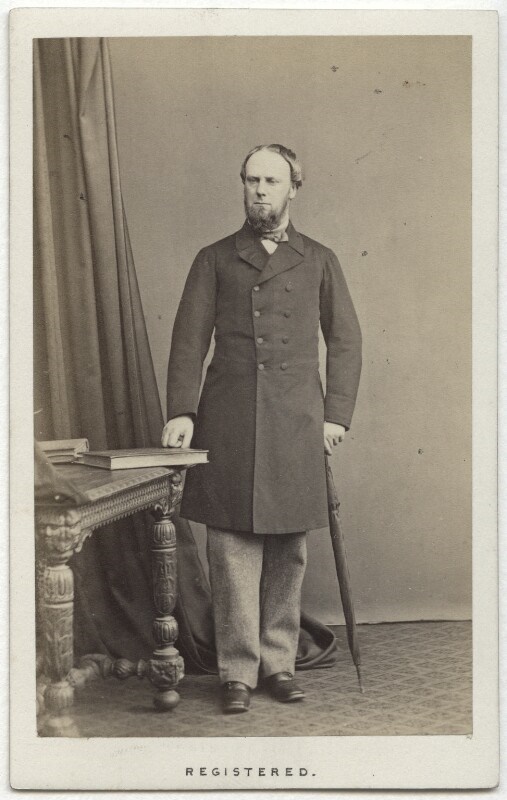 Around Our Town Ep. 42 – Lord Lieutenant of Ireland visits Clonmel

For four days in August 1865 the attention of the nation was firmly fixed on Clonmel. This was because Queen Victoria’s highest ranking official in Ireland was visiting the town. John Wodehouse, 1st Earl of Kimberly, was Lord Lieutenant of Ireland and his visit was to mark the first Royal Agricultural Society Show to be held in Clonmel. The show promised to be the society event of the year but the attendance of the Lord Lieutenant gave it an added political dimension.

On Tuesday night, the 15th of August, at 6.30pm the Lord Lieutenant arrived in Clonmel by special train from Limerick Junction. His importance was underscored by those who were waiting to greet him. John Bagwell, MP for Tipperary and Charles Bianconi, transport magnate, were among those assembled on the platform. They represented the political and business elite of the town and were no doubt determined to impress their influential guest. The Lord Lieutenant and his entourage were whisked away by carriage to Bagwell’s residence, Marlfield House, where they would be accommodated in great style for the week.

The first official engagement came the following day, Wednesday the 16th, at 12:30pm. A deputation from the Corporation headed by the Mayor, William Wright, presented themselves at Marlfield House to formally welcome their auspicious visitor. Here, the Mayor, on behalf of the Alderman and Burgesses of Clonmel pledged their ‘unfeigned and undiminished loyalty to the beloved Sovereign of Great Britain and Ireland.’ He praised the Lord Lieutenant for his governance of the country but also pointed out need for action to ameliorate the general condition of the Irish people. The Lord Lieutenant thanked the Mayor after which the members of the corporation were entertained at a ‘dejuener’.

At 2pm the gates of the Royal Agricultural Society Show were thrown open. Admission cost half a crown. The show grounds were located just to the east of the town opposite Victoria Barracks. Newspapers reported an enormous influx of people into Clonmel contributing to a great atmosphere of excitement. One reporter lamented ‘the ‘extravagant rent being demanded for accommodation’ and chastised the rapacity of the townspeople. The Lord Lieutenant arrived shortly after 2pm. He was conducted around the enclosures by stewards. The show itself was a great celebration of agriculture and country life. There were categories for horses, cattle, sheep, pigs and all a manner of poultry. Dairy produce such as butter also featured as well as prizes for bundles of flax and hand spun yarn. There was particular interest in farm implements section. During the afternoon the Band of the 4th Royal Irish Dragoons performed. Upwards of three thousand visited on that first day.

The social centre-piece of the viceregal visit was the banquet held at the courthouse (The Main Guard) at 7pm on Wednesday night. The Marquess of Waterford presided owing to the absence through illness of the society president, Lord Donoughmore. Over three hundred guests attended. The guest list was a veritable who’s who of the upper echelons of society in South Tipperary and Waterford. Turtle Bunbury tells us (in his booklet on the history of the Clonmel Show) that the courthouse was ‘absolutely transformed with flags and drapes galore.’ He credits a local woman named Wade as responsible for coordinating refreshments on the evening and wines of the best vintages were supplied by BP Phelan, also of the town.

After dinner the Lord Lieutenant rose to speak amid much cheering. His speech touched on a number of pressing matters including emigration and a recent outbreak of cattle plague. He acknowledged that Ireland had in former times been governed in a manner which he had cause to regret. He emphasised that this had changed in recent times. Notwithstanding this he continued, that there should no expectancy that large sums of public money would be forthcoming but rather advised that a policy of self reliance was prudent for the nation. He concluded by confirming that the county of Tipperary was to be removed from the areas in which the Crime and Outrage Act 1847 was in effect. The controversial legislation had been introduced 15 years previous to help curb the rise in nationalist sentiment that pervaded the county at the time. The Lord Lieutenant asserted that Tipperary was ‘now an example of loyalty and order for the rest of Ireland’.

The following day, Thursday the 17th, the Lord Lieutenant had a packed schedule. At noon he and his entourage visited the Model School on the Western Road. Here they were greeted by the head and district inspectors. The Lord Lieutenant observed the annual examinations in progress. Afterwards the pupils sang ‘God save the Queen’ and a schoolgirl presented his excellency with a bouquet of flowers. The Lord Lieutenant presented certificates to some of the best students. He continued on to the District Lunatic Asylum next door to the school. He remarked in the visitor’s book that ‘I never saw a cleaner or better arranged workhouse’. At 4.30pm the Lord Lieutenant visited the Christian Brother’s School and an hour later the County Gaol, on Richmond Street. Here he given a tour of a newly erected building by the Governor, Robert Grubb.

On Thursday night a fete, in honour of his excellency, was held at Marlfield House. It proved a remarkable occasion. The road to the house was lined with carriages. The conservatory was illuminated by Dr WD Hemphill by means of magnesium lighting. A novelty for the time. Musical entertainment was provided outside on the extensive lawn. The evening came to a climax with a fireworks display. Both sides of the river bank were said to be thronged with spectators to witness the dazzling spectacle.

On Friday morning, the 18th, the Viceregal party set fourth by carriage from Marlfield on a site seeing tour of the locality. A contemporary newspaper report describes how they traveled up through ‘Slate Quarry Glen’ (above Kilsheelan) to what was referred to as the Lake District of the Commeragh Mountains. Here, Lord and Lady Wodehouse took in the magnificent views. They returned to Marlfield that evening at a late hour. Yet another ball was held in the courthouse that evening.

The following morning, Saturday the 19th, the Lord Lieutenant and his party departed Clonmel for Dublin. All due pomp and ceremony was observed to mark the departure of the Viceroy. They were accompanied to the train station by a mounted escort of constabulary. They received at the station by a guard of honour, performed by a company of the 53rd Regiment. Yet again the dignitaries of the town were on hand, this time to bid farewell to Lord Wodehouse who left Clonmel on the 12.37pm train.