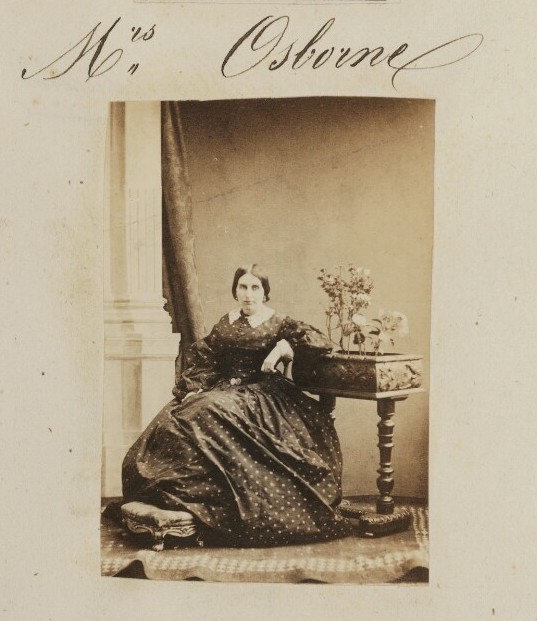 The story of the Osborne Baronetcy in Ireland begins in 1629 when King James I created Richard Osborne of Ballintaylor and Ballylemon (near Dungarvan, Co Waterford) a Baronet. The creation of this new rank was ostensibly a revenue raising measure to help fund the King’s military exploits. Debrett’s of London tell us that while a Baronetcy is a hereditary title it is not a peerage (unlike a Duke, a Marquess, an Earl, a Viscount or a Baron). Thusly the Osborne’s could rightly consider themselves gentry if not minor nobility. The title also confers upon the holder the courtesy of being addressed as ‘Sir’ and his wife as ‘Lady’.

Burke’s Irish Family Records (2007) is a useful resource to trace the line of the Irish Osborne Baronetcy. Several of the Osborne’s took seats a the Irish House of Parliament prior to the Act of Union in 1801. Interestingly the heir apparent to the title is George Osborne former Chancellor of the Exchequer in the United Kingdom from 2010 to 2016.

In a previous episode of Around Our Town we looked at Sir Thomas Osborne (The 5th Baronet) who lived at Tikincor Castle and was responsible for the construction of the nearby bridge that bares his name. Today we are going to focus on Sir Thomas’ descendants who moved from Tikincor to Newtown Anner, in the late 18th/early 19th century, approximately a mile and half away. Here they would reside at the splendid Newtown Anner House for more than a century.

Killaloan Church and graveyard are situated between a stretch of the N25 between Clonmel and Kilsheelan and the River Suir. The church has long since been abandoned and lost to nature but both the Church of Ireland and Roman Catholic sides of the graveyard are still in use today. The graveyard is the resting place of four members of the Osborne Family, Thomas Osborne (The 9th Baronet) who died in 1821, his son William who died in 1824 aged only 7, his wife Catherine Rebecca who died in 1836 and his daughter Catherine Isabella (pictured top) who died in 1880. It is not difficult to imagine the family travelling by carriage down the long laneway from their home at Newtown Anner House for Sunday worship. A journey of about one mile. Indeed the family had the entrance to Killaloan changed to line up better with the entrance to their estate.

On the northeastern corner of the Protestant side of the graveyard is the Osborne Family Mausoleum. The National Inventory of Archaeological Heritage describe it as freestanding square-plan limestone mausoleum, erected c. 1865. Interred inside are (or were) the remains of Catherine Rebecca and her daughter Catherine Isabella. See inscriptions below. It’s unclear whether their remains of since have been removed as the tombs directly behind the inscribed plaques are sealed. The Clonmel graveyards website tells us that the graves of Thomas and William are also in this vicinity in a family plot. However it is not possible to locate them presently given the condition of some of the headstones.

The National Inventory goes on to say

The high social status and prosperity of the deceased are evident in the carefully designed and executed structure. While there are no overtly religious motifs, the Tudor arches and trefoils show religious connotations, associated as they often are with ecclesiastical buildings.

Next week we will to take a closer look at the lives of some of the more prominent members of the family. This will include their impact on society locally but also the role some of them played in high offices of government. We will conclude the following week with a look at Newtown Anner House itself.